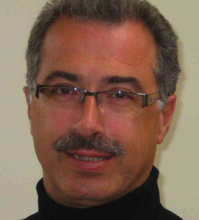 The nice environment of the newly inaugurated site in Meyrin is a pretty good sign for the very popular brand. Indeed, having entered watchmaking less than ten years ago, the brand is obtaining double-digit growth rates in this field.

An Architect’s Watch: The Astar By Rino Brodbeck

Renowned Swiss architect Rino Brodbeck has released a watch that mirrors the cosmic universe. Only fifteen numbered pieces of this ode to the celestial system have been produced, thus making them true collectables.

GRAFF has developed rapidly since it became a part of Swiss watchmaking in 2008. As from now, its identity code extends from being closely linked to diamonds to mastering production and complicated calibers.

His name is synonymous with the world’s most beautiful jewels. This jeweler is known for not making concessions on quality, for his choice of gems, and for his skills. Could Laurence Graff be “The King of Diamonds”?

To celebrate its 200th anniversary in 2013, Frères Rochat from Le Brassus, brought the tradition of the singing birds back to life. With them come emotions, poetry, music and technical feats.