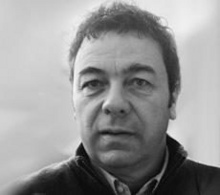 A pioneer in Switzerland in the field of watchmaking communication, now a discipline in its own right, Jeannot, a freelance journalist, working under the auspices of the BIPH (Bureau d’Information et de Presse Horlogère) founded in 1994, employs and trains a quintessential body of journalists specialising in watchmaking. His expertise and independent tone betray a simplicity and humility rivalled only by his talent. After serving as chief editor on several flagship publications, including Heure Suisse and Revolution, he started producing content for paper editions, such as Montres le Guide Magazine, published in French, German and Chinese, and online publications including WtheJournal.com. His articles can also be enjoyed in HH journal, the daily Le Figaro and Figaro Magazine, Huffington Post, Bilan, La Tribune des Arts and… Watchonista.

Capeland Shelby® Cobra 1963: an interesting history and a powerful engine on the wrist

Strapped on the wrist, the Capeland Shelby® Cobra 1963 by Baume & Mercier does not fail to impress. We have worn and tested it.