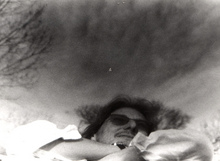 It was in Le Brassus, at the heart of Vallée de Joux, that Vacheron Constantin decided to gather its production of watch components under one roof, hitherto divided into three buildings.

Leave the traditional image of university campuses behind – even polytechnic – and visualize the production centers of Cartier, Vacheron Constantin, Jaeger-Lecoultre and Van Cleef & Arpels spread out around Roger Dubuis' spectacular building.

Right next to two historical watchmaking cradles, La Chaux-de-Fonds and Le Locle, there is an 18th-centruy Bern-style farm that just another example of why the town was included in Unesco's World Heritage list in 2009 in the category "watchmaking townplanning".

"We just haven’t done it like the others!" exclaims Damien Borne, architect and head designer at TAG Heuer. The construction of the building, which is the fruit of a particularly close collaboration between the "in-house architect”and the site manager, wasn’t a call for tenders.

PANERAI is faithful to its well-organized strategy of precise evolution. In January, the brand will introduce its self-winding flyback chronograph housed in a new ceramic case.