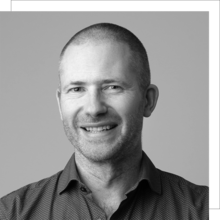 
Born in the UK and living in Switzerland for the past decade, Steven Rogers has an extensive background in journalism and communications. Before joining Watchonista, he worked with some of the world’s most renowned independent watchmakers, serving as Romain Gauthier's Communication Manager for five years and collaborating with the likes of MB&F, Urwerk, Grönefeld, De Bethune, and Greubel Forsey on their communication projects. Steven’s passion for watchmaking derives from the human connections he has made with collectors, retailers, and the people behind the brands as much as it is by the timepieces themselves. Beyond the world of watches, Steven is a keen record collector, an accomplished drummer and a not-so accomplished surfer.

The Collectibles by Jaeger-LeCoultre: 17 Restored Iconic Watches, Plus A New Definitive Reference Book

La Grande Maison has introduced a collection of rare and highly coveted vintage models, immaculately restored in-house and now available to buy. Accompanying this collection is also a new master reference book, tracing the backstory of each watch and the socio-cultural context in which it was born.

We went hands-on with three more of the brand’s recent LVMH Watch Week 2023 releases to see how they shape up on the wrist. Crazy colors, high-tech materials, and the revival of an iconic design are all on the menu.

Flourishes of color and innovative materials move to the fore as Hublot kicks off 2023 in style.

Meet the intriguing steel sports watch from a new Geneva brand that pays tribute to a behind-the-scenes master jeweler from yesteryear.