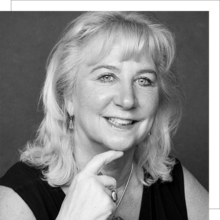 
Roberta Naas is an award-winning veteran watch journalist who has authored six books on the subject and built a reputation for creating cutting-edge, behind-the-scenes watch articles and celebrity interviews for a host of publications, including Forbes, Bloomberg, Elite Traveler, and others.

The founder of the dedicated watch blog ATimelyPerspective.com, Naas began her career covering the watch and jewelry industries in the early 1980s and is credited as the first woman watch journalist in America. Naas is known for her journalistic sense, fantastic storytelling abilities, integrity, and in-depth knowledge of the industry and the people behind it.

Naas holds a Master of Arts Degree in newspaper journalism from the Newhouse School of Public Communications, Syracuse University.

When he was named to the position of CEO of TAG Heuer in the summer of 2020, the then 25-year-old Frédéric Arnault, son of the famed LVMH CEO Bernard Arnault, was the youngest CEO to be named to a big-group brand. Since then, he has steered TAG Heuer to new heights, eager to attract today’s younger collectors and watch lovers, and to ensure the brand stays ahead of the times.

When Breitling hosts a party, they do it right. So, at the re-opening of their Madison Avenue boutique in New York City, it seemed only natural that ballerina extraordinaire Misty Copeland was present. Not only that, but she also talked with Watchonista one-on-one about time and watches.

Before the official re-opening of Breitling's New York City boutique, the dynamic and talented Charlize Theron sat down with Watchonista to discuss time, watches, family, and more.