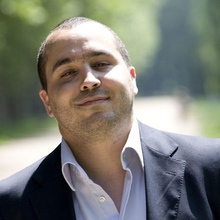 The history of watchmaking, like that of car-manufacturing or computer software, is a long succession of novel and revolutionary inventions, some of which remain little known due to the marketing or manufacturing difficulties they presented.

Among the few novelties seen before the SIHH, Roger Dubuis strikes hard: he presents an exceptional complication which revolutionizes the solution brought by the tourbillon! A device never seen in this architecture and never miniaturized to a level allowing its integration into a wristwatch!

The Ultimate Test by Watchonista

During Baselworld 2012, we had the chance to allow you to discover as a preview the fantastic Black Bay and the great Pelagos.

To make people dream, one usually puts a watch on the wrist of an athlete, an actor or a race car driver. If it looks like a token of efficiency to a public of laymen, connoisseurs make fun of it.

It has been ten years since the late Nicolas Hayek warned that he was going to cut the deliveries of ebauches to his competitors.