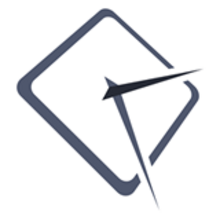 Jason Pitsch
Tested for you

Launched in 2015, the Ralph Lauren RL Automotive Skeleton is the flagship of the collection. Inspired by Ralph Lauren’s own 1938 Bugatti Type 57SC Atlantic Coupe, the watch represents the brand’s first open-worked timepiece.

TAG Heuer debuted an interesting retro chronograph at Baselworld 2015, called the Carrera Calibre 18. Largely inspired by a historic "Heuer" model designed by Jack Heuer in the 1950s, it is sure to appeal to those looking for vintage styling in a modern timepiece.

The Concord C2, which was introduced last year at Baselworld, is a bold timepiece with an angular case design but in a more conservative size than its predecssor, the Concord C1.

Silicon, Good or Bad for the Watch Industry?

Before I give my opinion on whether or not silicon is good or bad for the industry, it is important that I mention "chronometry" - the science of measuring time accurately. In the late 16th century, when Jost Bürgi invented the cross-beat escapement - which improved greatly upon its predecessor the verge escapement, and allowed for the creation of clocks that were accurate within one minute per day - it was an important feat at the time.