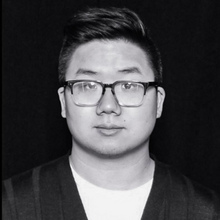 
If you asked Alex Lam where his love of watches began, he'd tell you that collecting runs in his blood. Starting from a young age, he grew up surrounded by all kinds of art. He was bit by the bug when he received a watch from his father upon leaving home for school - a family tradition. Since then, it's been downhill as they say, and in the ensuing years, he has delved deep into the world of horology.

His collecting focuses primarily on vintage wristwatches with a story and a few modern brands that resonate with him. Based in New York City, Alex is an active member of the watch community. Outside of watches, Alex is a financial technology professional and co-founder of New York based sushi publication Ohmykase.

Around the Ring Road and Back, Off-Planet with the Vacheron Constantin Overseas Dual Time

Adventures with an adventure watch you might not expect.

A collector’s perspective on the gorgeous Patek Ref. 5170P seen in the New York at WEMPE, Fifth Avenue.

Resident sushi lover partakes in an evening of sushi and conversation with master sushi chef and watch collector, John Daley

Bitcoin vs. Vintage Rolex – A correlation?

2017 was the year of Vintage Rolex and Cryptocurrencies. Collectors and investors of both have seen astronomical rises in their portfolios in a short span. Let’s take a deeper look at this phenomenon.