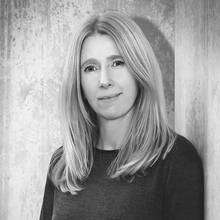 
A native of the United Kingdom, Sophie Furley moved to Switzerland in the 1990s. Originally, she was only planning to stay for six months, but after falling in love with the country, its culture, and its people, she never went home. Starting her writing career at Kyodo News covering the United Nations, Sophie soon became fascinated with the art of watchmaking and decided to follow her passion. She is the former Editor-in-Chief of Revolution Switzerland and has written for numerous publications including The Times (UK), The Miami Herald, The New York Observer, The Hollywood Reporter, and Watch Journal.

Jacob & Co., Bugatti, And A Tribute To A Mythical Car That Has Been Missing Since WW2

The most famous auto disappearance of all time has inspired the creation of a Bugatti Supercar GT and a Jacob & Co. Twin Turbo Furious tourbillon minute repeater.

Watchonista meets with the Hermès team in its Geneva boutique to discover two new high complications and a Tyrannosaurus rex!

Bulgari Takes Responsible Luxury To The Next Level

Bulgari announces the establishment of the Bulgari Women & Science Fellowship at the Rockefeller University, sponsorship for the restoration of 90 ancient statues, and a new community-based art project with Save The Children.

After the uplifting announcement of the HYT SOONOW Instant Rainbow during the throes of confinement, HYT boosts our spirits once again with timepieces filled with light…literally!

The Five Watches That Caught Our Eye At Watches & Wonders Shanghai

Hot on the heels of Geneva Watch Days, Watches & Wonders 2020 Shanghai opened this week, bringing us even more new timepieces to get excited about.