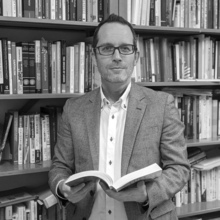 
Pierre-Yves Donzé is the only contemporary Swiss historian currently engaged in research on the watchmaking industry in his native country and also a lecturer at Osaka University. Winner of the Prix Gaïa, known as the Nobel Prize of watchmaking, in the history category in 2011, Pierre-Yves Donzé offers Watchonista his own historical insights into the Swiss watchmaking industry and investigates the modern changes taking place and the links with the industry's development in its global context.

History of the Geneva Seal – Part 3: The Renaissance (1990 and Beyond)

The repositioning of Swiss watchmaking towards tradition and the luxury segment has rekindled interest in the Seal among Geneva manufacturers. The involvement of the Richemont group has led to a genuine revival of the institution.

We celebrate the Geneva Seal with a three part series, a major institution in the Swiss luxury watchmaking industry, was founded in the mid-1880s. We flashback to a little-known story in three parts.

The History of Quartz Weekend: Part 3 - The Casio Digital Revolution

Not only did electronic technologies provide accuracy, but they also brought about a new display which led to the creation of digital watches. Casio did not miss its opportunity.

The History of Quartz Weekend: Part 2 - Longines, the Swiss Enter the Fold

It is often believed that leaders of Swiss watchmaking companies in the 1970s did not understand the significance of the quartz revolution. But that’s a misconception, and Longines proves it.