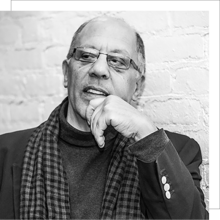 
Michael Clerizo is an American writer living in London. His work has appeared in innumerable watch magazines and in the Wall Street Journal. He is a contributing editor at Wall Street Journal Magazine. He is the author of two books: Masters Of Contemporary Watchmaking and George Daniel: A Master Watchmaker And His Art. Both are available on Amazon.

The Geneva Watch Auction XVI: Inside The George Daniels Lots

With three rare-to-see George Daniels timepieces headlining the upcoming auction, Watchonista tapped Daniels’ official biographer to get the inside story on these masterful wristwatches and the watchmaker’s inspiration.

What Makes A Watch Bauhaus?

How an overarching, progressive, modern design movement originating in Europe now touches our lives, and our wrists, all around the globe.

An intimate, powerful, and eloquent memoir, The Watchmakers chronicles how Harry Lenga and his brothers – all three Jewish watchmakers from Poland – survived the horrors of the Holocaust by plying their father’s trade.

The story of this multi-year saga begins with an email and will end this weekend at Phillips.

The Dufour Of My Dreams

Ever since Phillips announced the sale of four watches by Philippe Dufour, I’ve fantasized about buying all of them. Then a more interesting fantasy took over – what if I bought only one?